A massive congratulations to Kasey Chambers who has become the youngest inductee to the Australasian Country Music Roll of Renown.

The award was presented to Chambers at the Toyota Golden Guitar Awards on Saturday evening, and the plaque was unveiled on the rock outside the Tamworth Regional Entertainment and Conference Centre on Sunday morning.

Over her career, Chambers has released eight solo albums, won 22 Golden Guitars and had a profound effect on country music, especially the rise of alt-country.

In accepting the award, Kasey paid a special tribute to her parents Bill and Diane and to brother Nash, her long time record producer.

“I definitely wouldn’t have got to first base without my family and their involvement,” Chambers said. 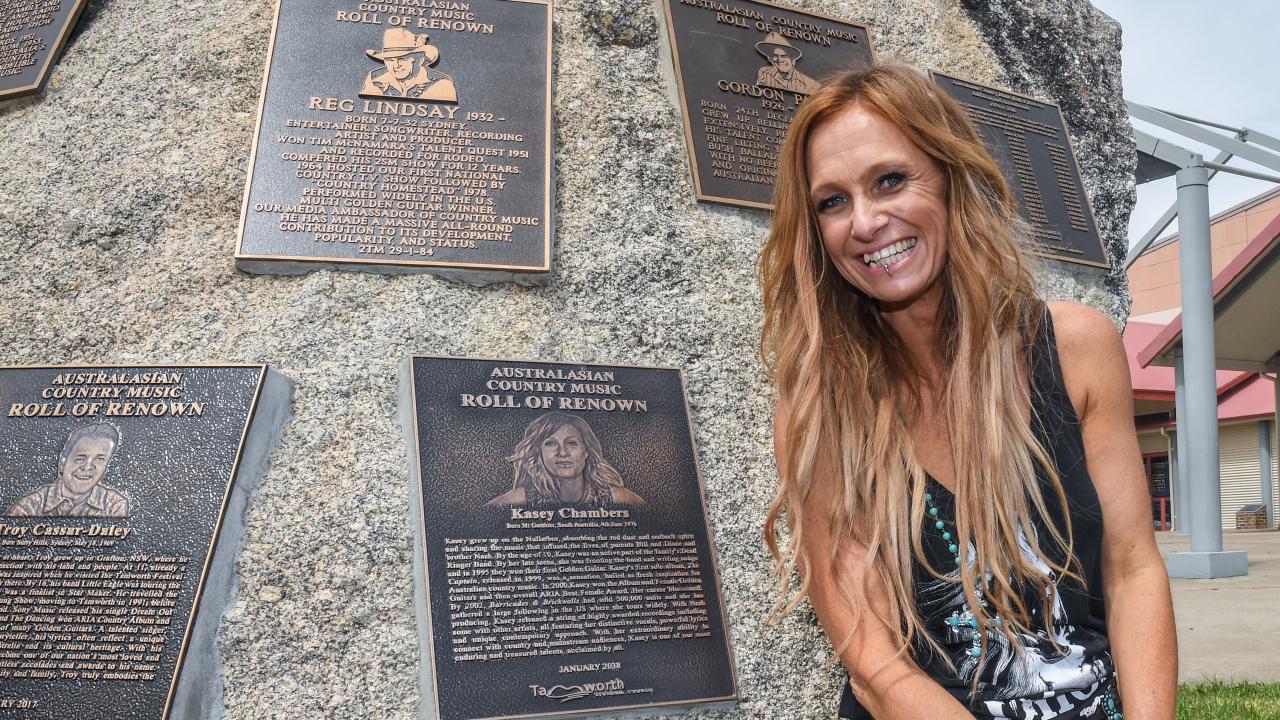