Blog - Latest News
You are here: Home1 / Uncategorized2 / 20 Years since the release of Kasey Chambers’ debut album “The... 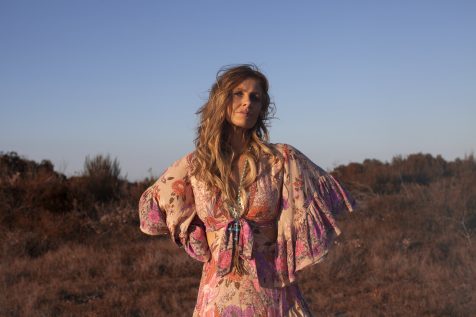 Next year will mark 20 years since the release of Kasey Chambers’ debut album, The Captain, and yet despite this she is still incredibly humble and self deprecating when speaking about her journey.

“To be honest when I first started playing music, even before The Captain, I resigned myself to the fact I would never be successful in music because I realised my style of music wasn’t incredibly popular and I’ve got a pretty annoying voice,” Kasey said with a hearty laugh.

By understanding that her journey through music was likely not going to be an easy one Chambers was able to simply focus on creating the music which “felt right” in the moment rather than looking for the next best career move or opportunity.

“Although this will sound weird I don’t look at making records as part of my career,” explained Chambers. “I just go with what feels right and at the end of the day I’ve based my whole career on that idea so arguably that has been my best career move.”

This could not have been anymore evident than with the release of her latest record, Campfire, which is a stark contrast to her previous release Dragonfly.

Dragonfly was a very produced, pop infused record which saw Kasey working with the likes of Paul Kelly, Keith Urban and Ed Sheeran.

“[Dragonfly] was one of the most important and poignant records I’ve ever made,” reflected Chambers. “I poured so much of myself into that record and it was certainly a turning point in my life.”

Having invested so much of herself emotionally into Dragonfly and by also pushing herself creatively Chambers’ “knee jerk” reaction for the next record was to strip everything back in order to reconnect with what makes her who she is “musically and personally.”

In order to achieve that goal and Chambers chose to work only with very close friends and family. Working alongside Kasey on Campfire were friend and bandmate Brandon Dodd, longtime family friend Alan Pigram, and her father Bill Chambers.

As Kasey told City Hub simply to have the opportunity “go so far back to my roots” was a real privilege and something she felt incredibly “lucky” to be able to do. This sense of gratitude also carries through to the response she has seen now whilst touring the record around Australia.

“To have people responding in such a positive way is really lovely,” Chambers said before jokingly adding, “I’m 41 now so I feel so grateful to be able to still go out and play sold out shows, I don’t want to get a day job either so I’m really happy that I can still tour.”