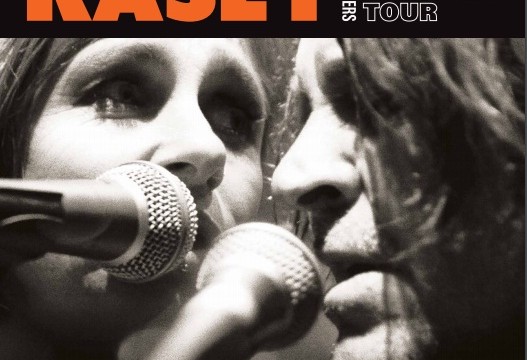 A mutual love and respect for each other’s music has fanned the flames of friendship in and out of the studio between two of our most celebrated singer songwriters, Bernard Fanning and Kasey Chambers, for many years. In a move that will delight fans, they are excited to announce a co-headline tour early 2017!

Regularly sharing stages, and featuring on each other’s records, Bernard co-writing, adding guitar and vocals to Golden Guitar Award winning single ‘Bittersweet’, the title track from Kasey’s 2014 LP, and Kasey laying down vocals more recently for ‘Sooner or Later’ from Bernard’s latest LP, Civil Dusk, it is a natural fit for the two to tour together.

A note from Bernard “We, Bernard Fanning and the Black Fins, do hereby declare our joy in announcing the birth of the Sooner or Later Tour with Kasey Chambers through regional Qld, NSW and Victoria.  We have been having such a ball playing on each other’s records and guesting at each other’s shows over the last ten years that we finally decided to take it on the road. Looking forward to getting to some places that I have never played in and sharing the stage with a great mate and total legend Kasey”

Kasey on the Sooner or Later Tour: “Bernard and I have collaborated musically on and off over the past ten years and after being asked the question about a double tour for a long time I’m so happy to say it’s finally here! This is not just two artists being thrown together to tour but two friends who have a musical history to share-together and separately-through a night of different styles meeting in the middle. He’s my mate but I’m also his biggest fan, so touring with him in regional Australia is a career highlight for me”

You can watch a spectacular live rendition of ‘Sooner or Later’, performed by both Bernard and Kasey and filmed at Bernard’s sold out show at the stunning Palais Theatre in Melbourne HERE

With a sold out national tour behind him, Bernard was honoured to receive an ARIA last week, taking home the Best Adult Contempory Album award, for his third solo record Civil Dusk (Dew Process / UMA), part one of a two part project (the second LP Brutal Dawn is due 2017).

While Kasey’s August EP release, Ain’t No Little Girl has given fans a taste of her impending eleventh studio LP, Dragonfly, a double album that sees her collaborating with Australian music legend Paul Kelly in the producer’s chair for one session, and Nash Chambers producing the other, due for release January 20th, 2017 (Warner Music).

Don’t miss two of Australia’s most lauded and loved singer songwriters on their Sooner or Later Tour, January and February 2017!

Tix on sale 9am Friday December 2nd head to soonerorlatertour.com for details. 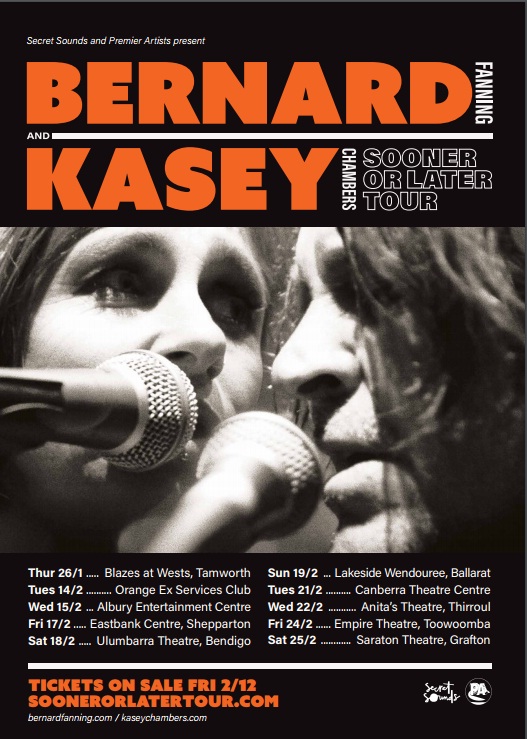