The Campfire tour is a unique musical journey through the stories of places, people, cultures and sounds that have inspired one of Australia’s most revered performers. Playing songs from her new album Campfire and all her much-loved songs from way back to The Captain and Barricades and Brickwalls days up until now, join Kasey Chambers for a special evening of music and stories with her Fireside Disciples.

Campfire is an album that Kasey has wanted to make her whole life. The album represents the connection she’s had to different lands and cultures throughout her life and drawing from the regions that have influenced her the most – Australia, Africa, Norfolk Island and America. “All these 4 places have had a significant impact on shaping who I am both musically and personally. From my early years of my family drawing from the Aboriginal way of life in the outback of Australia to experiencing the African culture and immediately connecting with it, living the seaside lifestyle in Southend, South Australia and later on, my time living on Norfolk Island to then many years of touring throughout America and being inspired by their musical culture, I have taken all of those experiences and put them into the songs and sounds for Campfire…” 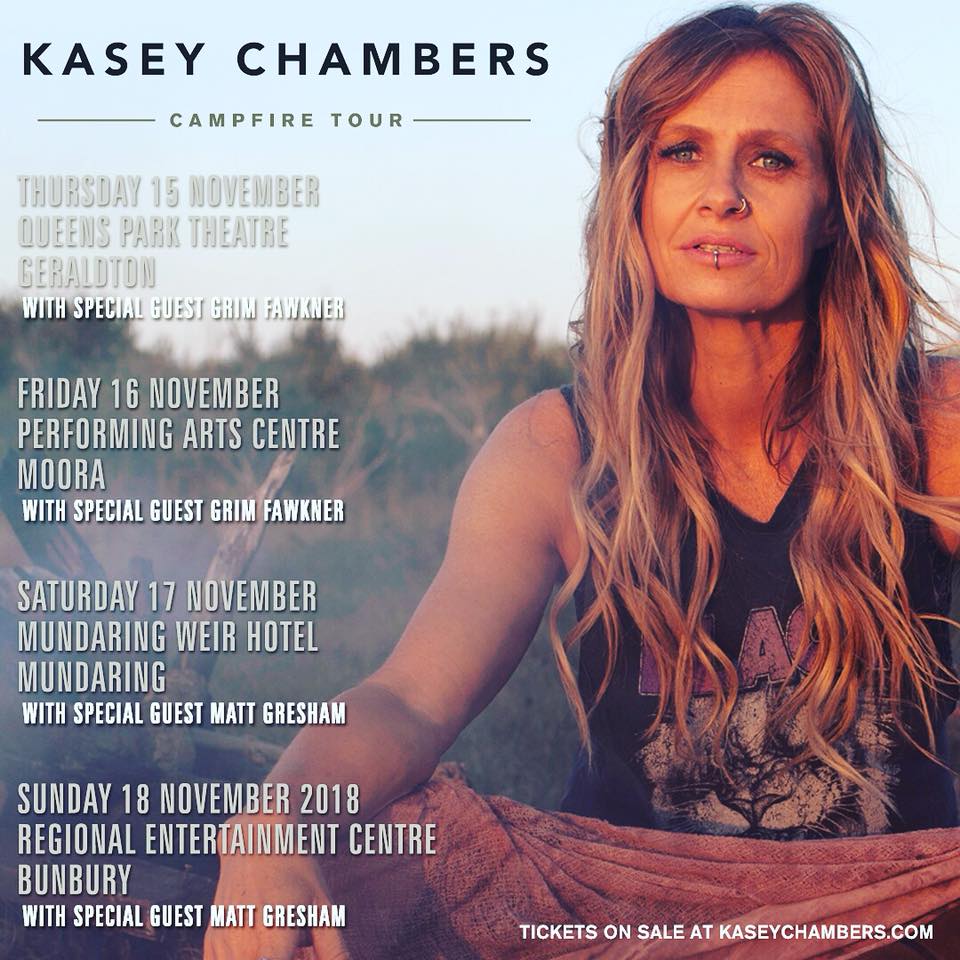 Kasey Chambers Celebrates 20th Anniversary of ‘The Captain’ with...
Scroll to top